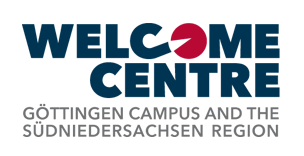 The Worbis Alternative Bear Park is located in Eichsfeld, Thuringia. It is called “alternative”, because the animals living here came from poor, non-humane circumstances. The project was initiated in 1996 by Aktion Bärenhilfswerk e.V. on the site of the former municipal zoo. Today, eight brown bears, one black bear, four American timber wolves and two European grey wolves have a new, natural habitat on 5 hectares of predominantly beech forest (as of 05.03.2019).

With 60,000 visitors per year, the project is not only a tourist highlight of the region, but also contributes to a better understanding of the large predators bear and wolf as well as the necessity of animal, nature and species protection with its numerous guided tours, adventure and educational programmes.

Other posts in the categories nature & leisure

Maps were disabled by the visitor on this site.

Do you want to support your institution with people who do not come from the region and make the entry of your new employee as smooth as possible? Find out more about our services.

You want to make your property available to international researchers and specialists. Contact us to find the right tenants for your home.

We may request cookies to be set on your device. We use cookies to let us know when you visit our websites, how you interact with us, improve your user experience and customize your relationship with our website.

Click on the various category headings to learn more. You can also change some of your settings. Note that blocking some types of cookies may affect your experience on our websites and the services we offer.

These cookies are essential in order to provide you with the services available on our website and to use some of its functions.

Because these cookies are essential to the site, you cannot refuse them without affecting the operation of our site. You can block or delete them by changing your browser settings and forcing all cookies on this site to be blocked.

These cookies collect information that is either used in aggregated form to understand how our website is used or how effective our marketing campaigns are, or to help us customize our website and application for you in order to improve your experience.

If you do not want us to track your visit to our website, you can disable tracking in your browser here:

We use various external services such as Google Web Fonts, Google Maps and external video providers. Because these providers may collect personally identifiable information such as your IP address, you can block them here. Please note that this can seriously affect the functionality and appearance of our website. Changes will take effect when you reload the page.